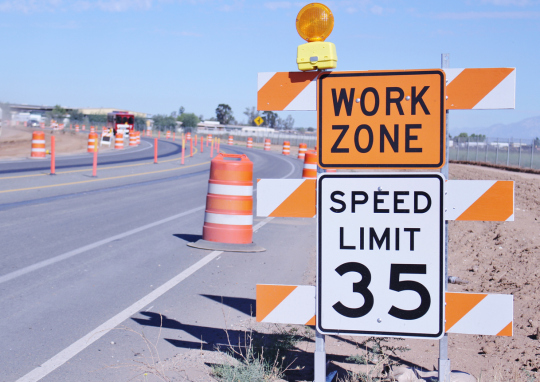 Spring is in the air—and so are safer roads!

In addition to expanding public awareness, and usage, of road safety and traffic control devices, we’re thrilled to see that some states and municipalities in North America have been updating government legislation to include “positive protection measures.”

Today, we’ll be examining California’s Assembly Bill No. 759 to demonstrate the ways in which mandatory safety devices can inform safety efforts across varying levels of government and the road construction industry. Now that Bill No. 759 requires AFADs be used on road projects, we’re starting to see more revisions on special provisions that stipulate the use of AFADs and other traffic control devices.

It is our hope that these special provisions will encourage other businesses to incorporate road safety into their daily operations and show workers across North America that safety is a benefit, not a burden.

California’s Department of Transportation Adds AFADs to Assembly Bill No. 759

One recent and relevant example of government safety regulations is  California’s Assembly Bill No. 759, which mandates for the “appropriate use of positive protection measures, including, but not limited to, automated flagger assistance devices, buffer lanes, impact attenuator vehicles, and temporary barriers.” This new legislation recognizes that individuals who are working on roadways have a right to safe working conditions and proper protective devices, including automated flagger assistance devices (AFADs), barriers and buffers to reduce their contact with oncoming traffic.

At North America Traffic, our team has spent the last two decades developing flagging devices and portable temporary traffic signals that are proven to increase worker confidence and workplace efficiency by enhancing safety on the jobsite. Under the management of our leadership team, North America Traffic has continued to produce innovative products that reflect our commitment to quality, integrity, and of course, customer safety. California’s Assembly Bill No.759 illustrates an ongoing commitment to worker safety, which will hopefully inspire other municipalities and businesses to update their safety measures, too.

Developed over 20 years ago, our RCF2.4 Automated Flagger Assistance Device (AFAD) is a safe alternative for short-term traffic control. Its purpose is not to replace the flagger but to allow the flagger to control traffic from a safe distance.

In addition to its intuitive controller, remote operation, portability and customizable features, all of North America Traffic’s temporary portable traffic signals and AFADs are compliant with MUTCD standards, which includes all specifications outlined in the Caltrans Standard Specifications. The specifications state that all AFADs must have the following features to comply with California’s MUTCD standards:

North America Traffic also offers optional add-on features that will supplement the safety guidelines outlined by the MUTCD. And it pays to incorporate AFADs into a jobsite: Assembly Bill No. 759 stipulates that the use of a safety device will be compensated by the Department of Transportation when it is “requested by a contractor on a public works project.”