The History of Traffic Signals 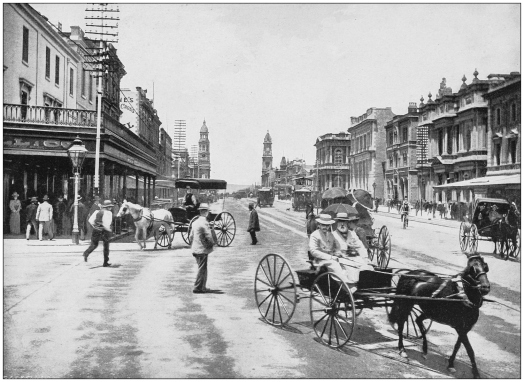 Could we imagine a world without traffic signals? While it is easy to take these devices for granted, we cannot overstate the integral role that they play in keeping our roads safe every day. Without traffic signals, our streets would be anarchic—we would be taking our lives in our hands every single time we ventured outside of our homes.

In 2019, 846 people were killed, and an estimated 143,000 were injured, in accidents caused by motorists running red lights in the United States alone. Let’s put this number into perspective. According to statistics, there were 276 million registered vehicles in the country that same year. It is safe to assume then, that traffic signals protect millions of law-abiding motorists from meeting the same fate each year.

While the precise sequence differs in some jurisdictions, the red-amber-green system has become a universal code. This system was adopted by nearly every major country following the Geneva Convention on Road Traffic in 1949, which sought to establish certain uniform rules to promote the development and safety of international road traffic standards. But it was not always this way. The development of the modern traffic signal was a long and arduous journey which begins in the bustling metro of London during a period of massive transformation.

During the nineteenth century, rapid industrialization caused London’s population to swell as citizens flocked from the countryside to the city in search of work. By the middle of the century, London’s streets had become so dangerously congested that parliament began to seek a long-term solution. In 1868, a railway manager by the name of John Peak Knight created the first traffic signal prototype which he had adapted from the existing railroad signal system. This manually operated device used red and green gaslights in conjunction with a semaphore arm to direct the flow of traffic near the city’s Westminster Bridge. The device, however, was quickly taken out of commission after a gas leak caused an explosion which gravely injured the police officer who had been assigned to operate it.

This setback stalled the development of traffic signal technology for several decades, but the charge was taken up once again in the early twentieth century, this time across the sea in the United States. The rapid proliferation of motor vehicles in the country inspired a number of scattered individuals to attempt to devise solutions to increased congestion and safety concerns. It makes sense then, that the first three-colour light system would be developed in the heart of the US auto industry in 1920 by a policeman by the name of William Potts. While these early signals were man operated, the first automated lights were introduced only two years later over a thousand miles away in Houston, Texas, a development that would prevent the reoccurrence of the J.P Knight incident nearly a century earlier. But it was the American inventor Garrett Morgan who would refine and patent the three-position traffic signal a year later in 1923.

In the 1950s, the introduction of computer technology revolutionized traffic signal technology all over again. Previously, automated traffic signals had been programmed to change at fixed intervals, causing motorists to become impatient when forced to wait for what seemed like an eternity. To solve this issue, lights were then fitted with microphones which triggered a change based on the presence or absence of traffic noise. However, motorists quickly realized that they could manipulate the technology in their favour by honking their horns. The introduction of computerized detection technology allowed cities to optimize traffic flows through greater accuracy of detection. These devices could now determine how many cars were waiting at a particular stop and for what length of time, arriving just in time for the golden age of the automobile.

In the 1980s, after witnessing the inefficiencies and safety hazards present in the construction industry, Peter Vieveen adapted existing traffic signal technology to create the prototype for the world’s first Automated Flagger Assistance Device (AFAD), designed to control traffic flows safely and efficiently in construction zones. Over the next two decades, he would integrate the latest solar, LED, battery, and PLC technologies to develop an extensive line of portable traffic signals and automated flagging devices, revolutionizing the road construction industry with his brilliant insight and propelling North America Traffic to its place as an internationally recognized leader in automated traffic signal technology.

For more than 25 years, North America Traffic has played a vital role in the traffic signal development narrative. As a company, we have been driven by our commitment to improving the lives of workers and delivering new efficiencies to businesses. Our technology is the culmination of more than 200 years of progress, and as a company, we continue to push forward and grow every day.

To learn more about our products, request a quote or find a North America Traffic dealer near you, visit our website today!