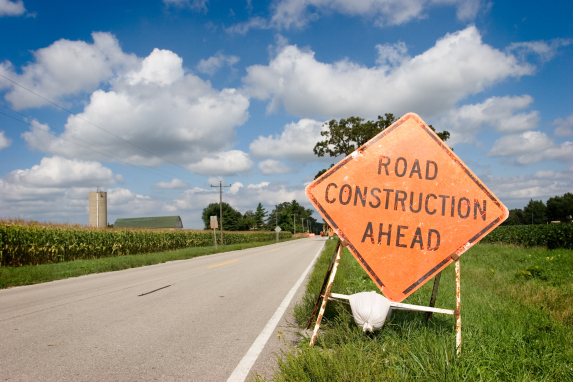 Did you know that approximately 20% of Canadians live in coastal, remote, Indigenous, or northern communities, contributing about 30 percent of Canada’s economic output? Rural communities are vital to Canada’s economy, culture, and social fabric, contributing to our collective prosperity just as much as, and alongside, those who reside in our large urban centres.

While construction and road maintenance are a banal part of everyday life in rural areas—like anywhere else—studies show that these areas face their own set of challenges. As such, they have historically demonstrated a different set of needs, requirements, safety practices, and standards than those in larger cities.

A study by the Organization for Economic Co-operation and Development (OECD) used data from 14 member countries, including Canada, to examine the specific issues that affected rural areas in those countries and to propose strategies to reduce deaths and injuries resulting from crashes on these roads.

In Canada, about two-thirds of fatal collisions and 30 percent of injury crashes occur on rural roads, ranking slightly higher than the OECD average. In most OECD countries, road crashes have been demonstrated to be more severe on rural roads, usually due to differences in operating speeds, road geometry, functionality, and varying levels of enforcement, among other factors.

Rural roads often have higher posted speed limits and are often not as well-lit as their counterparts in the city. According to Transport Canada, drivers are also more likely to find poor or unexpected conditions on rural roads, with an increased risk of danger from animals appearing out of nowhere.

There is a widely held belief that rural crashes, which are incidental by nature and usually the result of individuals acting recklessly or unsafely, are thus more difficult to prevent. In rural construction zones in particular, this recklessness places road workers and motorists at an increased risk of serious injury or death.

However, there are a few significant ways that we can be more alert when travelling through rural work zones:

Be attentive to your surroundings

When travelling through rural work zones, there is a tendency to believe that less traffic equals less danger. We have established above that this is patently untrue. That’s why it is important to stay alert and resist slipping into highway hypnosis, especially when driving through areas that are exceptionally flat or unchanging.

Watch out for reckless drivers

Relatedly, those who know rural roads like the back of their hands may be tempted to fly through them, and since rural roads are less regulated than urban streets and highways, many believe they can get away with it. Watch out for these rogue individuals. Under no circumstances should such behaviour be imitated!

Be extra cautious at night

Since rural roads are often poorly lit when compared to their city counterparts, you will need to rely on your headlights to light the road ahead. Maintain a safe speed and use high-beam headlights to guide the way. Switch to low beams within 150m of an oncoming vehicle, when navigating hills or curves, or when following another vehicle within 60m to avoid blinding other drivers.

Portable traffic signals (PTSs) and automated flagger assistance devices (AFADs) are increasingly being recognized as a safer alternative to human flaggers in work zones. Since AFADs and PTSs are easy to see and understand, and can be seen from a distance, drivers are much more likely to spot them.

A study by the Missouri Department of Transportation found that drivers break significantly earlier when faced with an AFAD, stopping a whole 44.46 feet further away when approaching an AFAD than a human flagger. This number is compounded, according to research from the Texas A&M Transportation Institute, if a gate arm was present.

For over 25 years, North America Traffic has been committed to improving the safety of workers in all types of work zones through AFAD and PTS technology. AFADs and PTSs are one of the best ways to mitigate safety concerns in road construction zones, especially on rural and country roads. When properly utilized, these technologies can be used to improve the lives of workers while delivering new efficiencies to businesses.

To learn more about our expansive line of products, request a quote, or find a dealer, visit our website today or get in touch by phone toll-free at 1-877-352-4626.